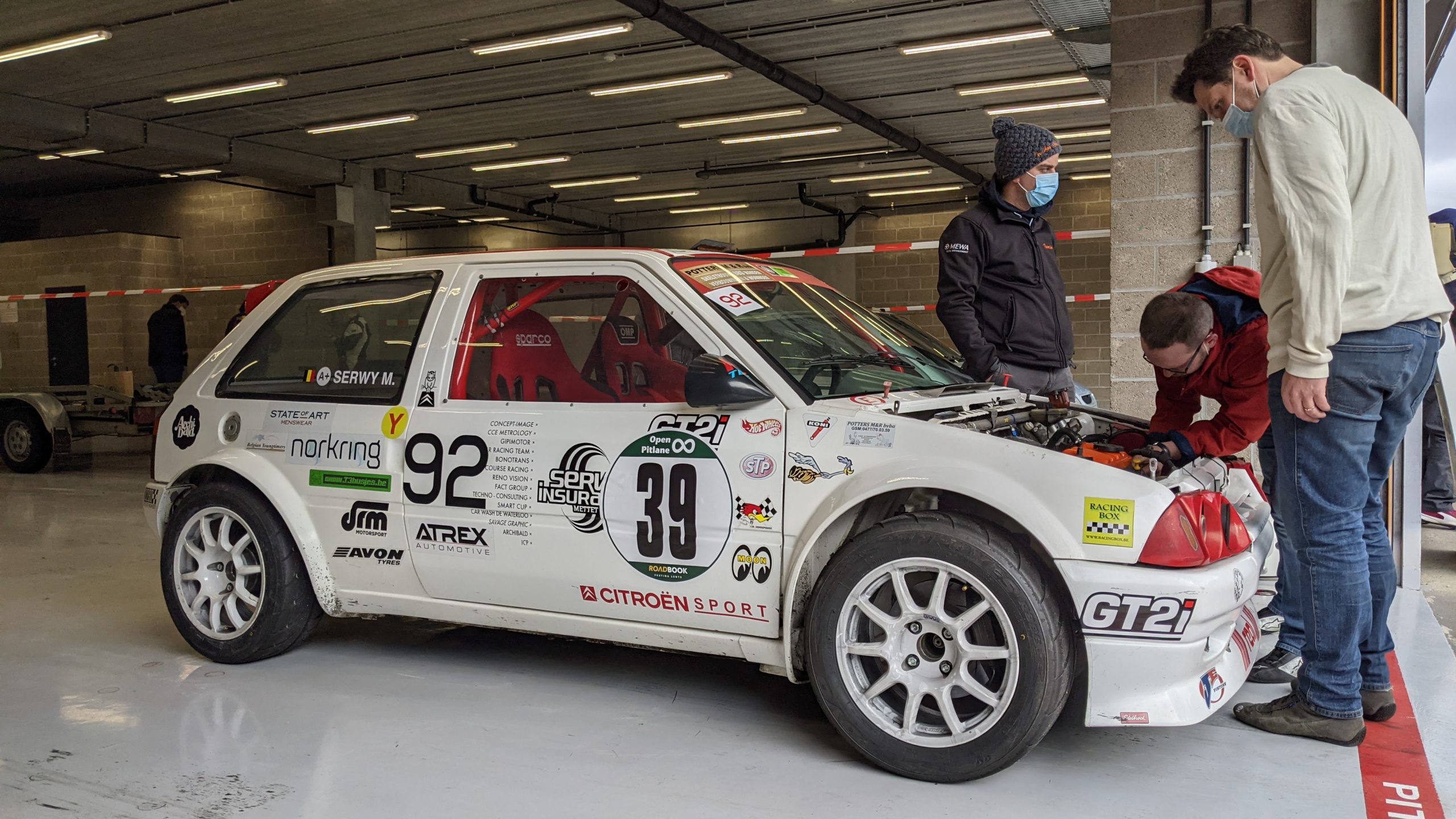 In the wake of the Citroen AX Maxi GT

Our Bulletin Boards take us today to meet Michael Serwy. A car enthusiast from a young age, this insurance broker has been a loyal follower of ROADBOOK activities and more specifically the Pitlane Spa Open where he has been going every year since 2015.

For more than 5 years Michael has been driving his attractive Citroën AX Maxi GT around Belgium with its wide fenders and 8-valve 1600 block.

The car hides a rather crazy anecdote since it was born after Michael flipped over during a race on a circuit, resulting in a rather impressive rollover. Fortunately, the main person involved laughs and remembers: "The entrails of this AX come from another car that unfortunately finished its race on the roof ... This is the risk of the job in motorsport. I'm not proud to say that it was me who was at the wheel at the time, but I prefer to laugh about it now! So I took the engine of the old one, which was still as powerful as ever, and put it in this car, whose body was in perfect condition. The two were a perfect pair! "

So it is with this beautiful hybrid that Michael participates in the Spa Open Pitlane, an event that he characterizes as a sure value in Belgium and a very appreciable concept that always takes place in a good atmosphere.

Michael also runs a Facebook group in conjunction with DRM Motorsport, which offers race car enthusiasts the opportunity to showcase their talent and improve their driving and car control skills.